The folklore group of the IC of Vodnjan-Dignano

THE FOLKLORE GROUP OF THE ITALIAN COMMUNITY OF VODNJAN-DIGNANO

The folklore group of the Italian Community of Vodnjan-Dignano presents local heritage from the time when a small rural town grew up around the old medieval castle. All of the songs, and dances like Monferrina, Villotta, Bersagliera and Furlana, originate from that time. Their particular beauty, elegance and grace, especially Furlana, have inspired many composers, such as our Antonio Smareglia, who immortalized this dance in the opera “Le nozze istriane” (“An Istrian Wedding”).

Songs and dances were accompanied exclusively by violin and “leron”, instruments that in the past had numerous self-taught connoisseurs in Vodnjan.

It is worth mentioning that the “bassi”, descant of the Vodnjan folk tradition, characterized by two-part singing, had been inscribed on UNESCO’s Intangible Cultural Heritage List in 2009.

The folklore group consists of about thirty members. The costumes and hairstyles date back between 16th and the 18th century. The folklore group participated in numerous events in Croatia (Istria, Zagreb, Vinkovci, Osijek, Lipovljani, Borovo), and abroad, in Italy, Slovenia, Austria, the Czech Republic and Switzerland. 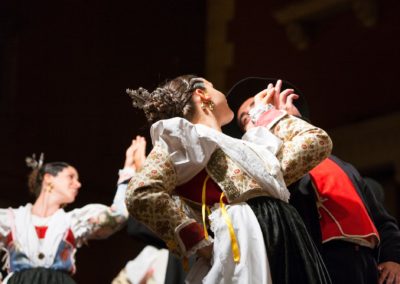 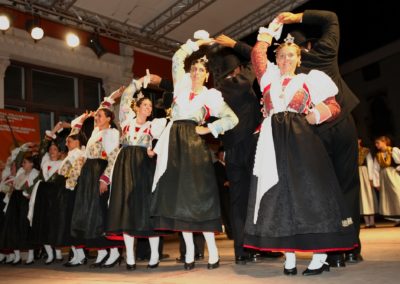 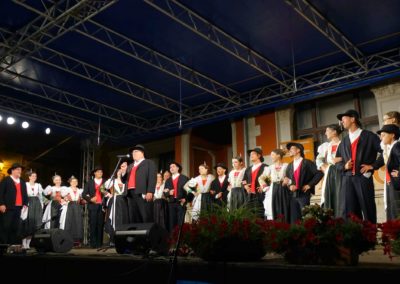 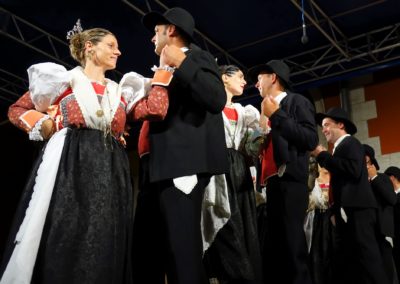 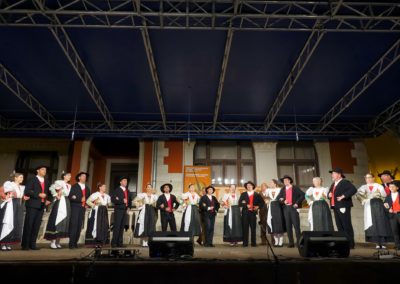 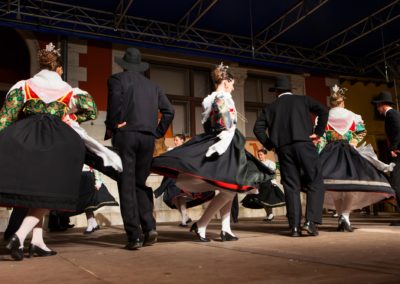 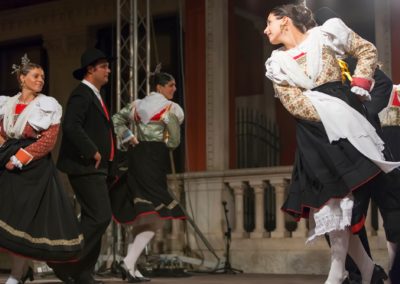